gives grants each spring to the following:

The Evald and Hilda Nissi Foundation was founded in 1964, and its operation is based on assets left by the Nissis to the foundation.

Evald Nissi’s life’s work was as Board Member of Lassila & Tikanoja Ltd. In 1906 the company’s founders Jooseppi Lassila and Frithiof Tikanoja called their previous collegue Evald Nissi back from America, where he had emigrated, to serve the company Lassila & Tikanoja Company, which they had founded in the previous year. Nissi was involved in the company’s management until 1944 , when he had to retire from active working life due to chronic deterioration of eyesight.

The Nissis shared a strong commitment to child welfare and youth work throughout their lives. Their own son died from illness as a child, and as they had no other children, they wanted that the wealth they had accumulated would continue to be used for this valuable work also after their death.

The promotion of commercial expertise was important to Evald Nissi for reasons relating to his profession. Providing economic support to students was also in line with his world view. He believed in economically supporting those in a weaker financial situation and in promoting the opportunities for them to increase their knowledge and skills. 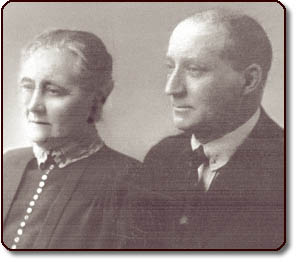